An “oldie”, but still one of the best methods in existence, is known as outdoor advertising. Having existed for hundreds of years, it is equally effective in today’s age. Given all inventions of modern media, outdoor advertising signs have reached new technological peeks and attract a broader audience range than ever before. Several advantages occur when utilizing outdoor advertising agencies to develop an outdoor marketing campaign. 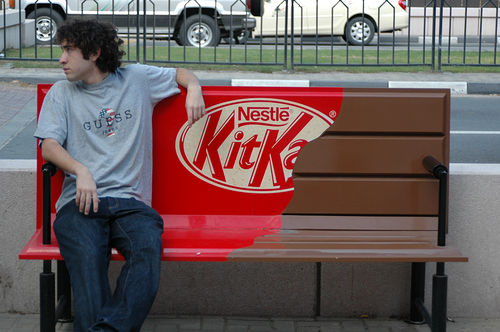 Advertising anything outdoors means 24-hour exposure to the public eye. Outdoor advertising signs are not temporary or periodic, but rather consistent and non-stop. It’s always in sight for the public night or day, rain or shine. Radio, television, and print ads and most other media are all momentary and sporadic.

Attention Span
The majority of humans will quite naturally focus on an outdoor advertisement in comparison to the same ad in newspapers, on TV or on the radio. Stuck in traffic or waiting at the bus stop, most individuals are looking for something to pass time. The human eye will rapidly fixate on an outdoor ad sign to help pass time and avoid boredom. Thus said, positioning ads at bus stops, busy intersections and/or along highways prone to high volume can be ingenious

Flexibility
Outdoor advertising can be located in any areas where it will most likely be effective. For example, a company selling holistic and whole foods, would be wise to place a mobile billboard at a Farmer’s Market. A new night club would be smart to select a location outside of a restaurant where early diners might be looking for after dinner entertainment. These same ads when in newspapers or on radio may be missed altogether by the ideal target audience.

State of The Art
The latest technology now available is such that can create incredibly eye-catching advertisements. Billboards are now actually interactive and tri-vision permits 3 various ads to be displayed on one sign. Additionally, the time actual time needed create and print the ad has been cut in half thanks to new state of the art computer ink-jet printers.

Advertising outdoors has its’ advantages over pretty much all other forms of media marketing. The most cost efficient as well as the most mobile, outdoor marketing is a tremendous addition to any advertising campaign. Furthermore, ads can be relocated over and over again to target a specific audience or left in one spot for 24/7 exposure. Outdoor marketing is not only flexible, it can reach the widest audience in the shortest period of time.