Deserving of the hype and who will feel its pinch?

Ever since Benni Landa, of Indigo fame, introduced B2 printing to us some 12 years ago at Drupa, we have been waiting, some with baited breath, for these machines to come and make the seismic shift that was promised to the print market. There now seems to be a very large, but sudden drive from manufacturers to be the’ first to market’ with an output device that may, in time, render the traditional digital B3 format presses obsolete. Bear in mind, ever since the initial unveiling of this format, or spinning box as it was on the stand that year, the project died and we heard nothing until last year, save for a few whispers and rumours every now and again. But it’s real now, very real.  Where would these machines make a difference? 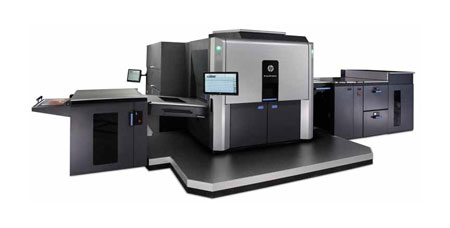 Large format? Small format? Both? We have been used to B3 format in Digital for far too long. The only alternative up to now has been web-fed presses, which has its own set of advantages and disadvantages in terms of flexibility, speeds and stocks. We ourselves were driven down the roll-fed press that will print 500mm by any length many years ago, but we’re unsure as to whether we’d term this type of work as small format or large format. Any of the commercial work we get that will fit on the B3 presses will be pushed by our Production managers to those machines, as opposed to the roll-fed solution. It just makes better commercial and practical sense to do this. No messing with rolls of paper and there is no wastage at all when beginning the print job on the sheet-fed presses.
The slow-down in conventional commercial printing in general has made the traditional Litho market to become a very aggressive, price-driven game, with some very notable company closures in recent times. This has had a knock-on effect for the Digital producers as they have become less competitive for certain jobs, where once they were winning them. The locked in click rates, stock and consumable costs have made it impossible to pitch for work over a certain quantity. This may be about to change, but it will depend on where the machine manufacturers decide to pitch their machines and how many they want on the market.

Will the costs, as mentioned above, remain an obstacle too big to overcome, in order to win high volume work, or will they see sense and allow their machines to pitch at greater run lengths, therefore winning a greater share of the market? A bigger volume at a lower price is better than low volumes at high price? That’s a question for the bean counters at the manufacturing companies and an answer will be forthcoming when these devices hit print house floors. There is no doubt whatsoever that the quality on some of the new B2 presses compare well with their B3 counterparts. The software capacity is the same, allowing the same personalisation and multi-file continuous printing functionality that has become common production practice for digital companies. Specifically for the HP offering, it seems that the internal parts on the machine set-up suggests that the R&D is already done for a B1 press, which would be a huge leap forward, but it’s probably a development too big and too early as it would alienate any company that has invested in B3 in the last few years. The ‘B2’ cow has yet to be milked also, so there is some time to run on this yet.

A recurring theme at Drupa 2012 was that many of the planned digital devices are intended as B2-format offset press replacements. Is there really a need for digital stand-ins for very efficient offset presses? The digital market, to those that know it, is built on values well beyond mere quick turnaround and cost-effective short runs. Production digital print is best leveraged when it facilitates full process automation, electronic collation, variable data, and the use of the digital printer as a virtual document archive. B2-format offset presses already provide great quality at very competitive cost on a wide range of substrates with in-line coating and perfecting units.

What then, are the Litho manufacturing giants doing by way of retaliation, to stem the obvious push toward digital production?
Heidelberg’s solution is Anicolor for faster B2 make-ready. Presstek puts plate-making on press with the 75 DI. These are available today, unlike the flood of B2-format digital tech demos which are only in Beta, at best. In addition, if your application fits in A3+ format, there are many existing digital print devices to choose from. These have good four-colour quality levels at price points for capital acquisition that are a fraction of what the new class of B2-format digital devices will cost, when we eventually get to see the correct pricing models. 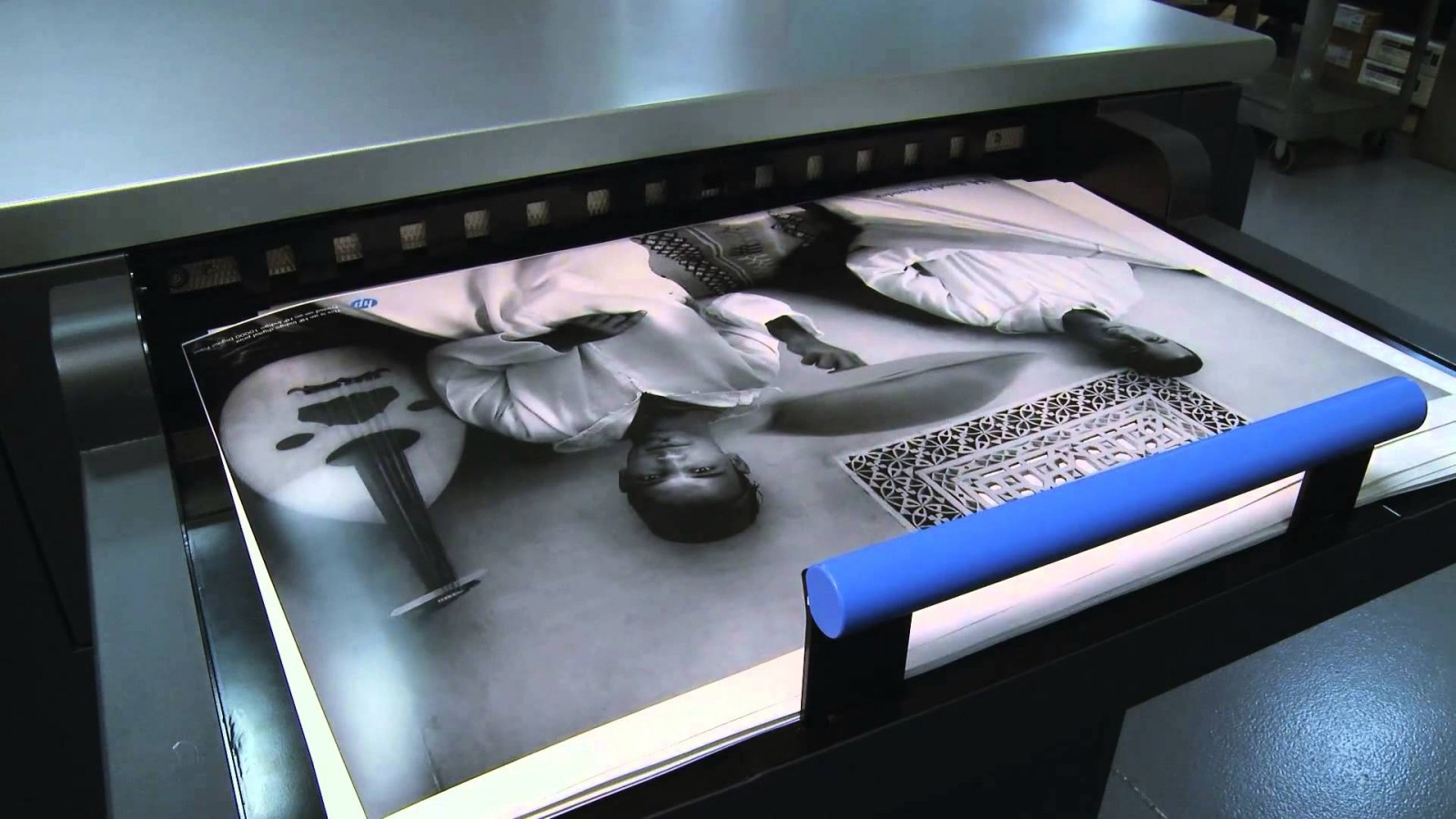 Packaging is another theme that runs in parallel to B2-format digital. Going to B2 format, as long as thick stocks are supported, (there is generally an added cost for a ‘heavy substrate kit’ to facilitate your entry into this market) it opens up package printing opportunities, particularly for folding cartons. This may be the best application opportunity for digital B2-format products, yet even B2 is a little small for some packaging applications. B2 supports a much wider range of box sizes, but is constrained for multi-up impositions of larger designs. The advantage of digital for packaging is that a simplex-only product can succeed there.
The dual themes of Digital B2 and packaging often overlap, yet for production digital printing to move successfully into packaging the products need to be more than offset press replacements. We’re at the very beginning in the evolution of the B2 format for digital, so maybe now is the time to experiment.
B2 digital printing will obviously change short-run pricing for certain commodities. Things like short-run folders, A2 posters, 4pp up to 32pp booklets etc.. will be available to buy at a driven down cost in relation to the traditional Litho price. It will also eat into the existing B3 Litho and Digital markets, so the conundrum for potential candidates for a B2 Digital press is what percentage of their work are they simply migrating from older technology to their new press? And what new work are they able to win as a result of investing in the technology and format?

I don’t think the B2 innovation impacts the large format market much, not in Ireland at any rate, not at this time. Large Format is so bespoke and specific at this time that it will remain relatively untouched for the forseeable future. When these technologies start increasing their speeds, their format size from B2 and improving their stock flexibilities, can they be considered true large format devices. If these presses are a success, we will see a quick transition to selling bigger machines with added facilities. There is a widely-held view now, particularly from the conventional print sector that this new format is a bit of an irrelevance, as B2 has been around for a very long time and that there is only an advantage in very niche markets, thus making them extremely limited. I understand that point but if you were to take a very long term view of it, you’d have to believe that the limitations of Digital v Litho and the subsequent gap in price and turnaround for certain jobs will be bridged. Machines will be bigger, cheaper, faster. They will be far more flexible than they currently are and the running and consumable costs will be driven down due to competition that they will be on a par with conventional print costs.

A recent article in a print publication in then UK, details in their opinion, what buyers should be looking out for in relation to the above topic, I thought this might turn out to be very prudent advice:
1. Keep up to date on machinery developments. Make sure you are familiar with the new presses and what they are capable of.
2. Watch out for investment announcements. Understand which printers will be installing these new presses.
3. Create a dialogue with these print companies. You should understand what they can offer you. And what you can offer them
The very fact a company like Heidelberg is rushing to the front of the queue in order to partner up with Benni Landa and his self acclaimed revolutionary technology, Nanography, is itself somewhat telling.

I haven’t mentioned all the new B2 offerings but hereunder is a more comprehensive list that might become common place in the not too distant future: